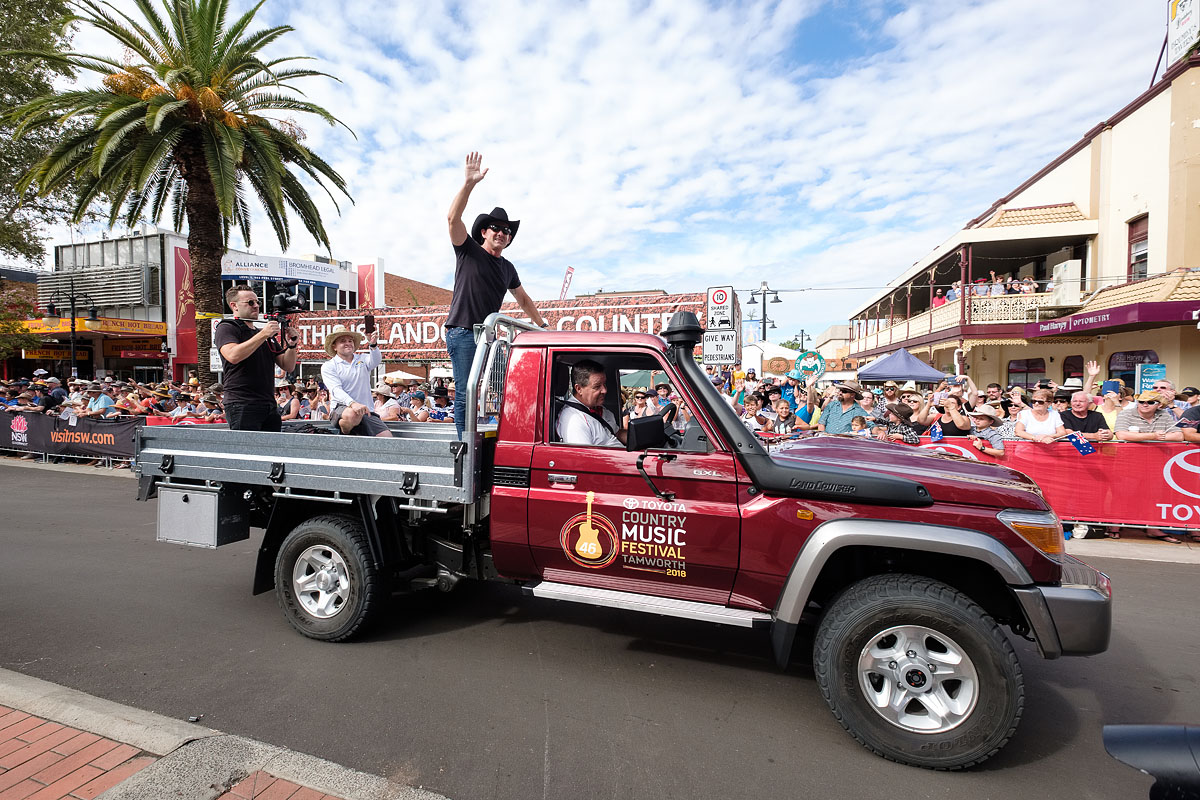 We want your old (or new) Toyota ute, complete with character and age, to join us in the 2019 Toyota Cavalcade Parade.

Every year the cavalcade boasts over 100 entrants and with dozens of country music artists looking to be apart of this parade.

This year, as well as the convoy of new Toyota vehicles leading the cavalcade of stars, we want your Toyota ute to help us carry the artists through the fan-lined streets of Tamworth as a tribute to the legendary brand that has been synonymous in building regional and rural Australia.

So, if your old Toyota will scrub up alright, or your new one looks pretty cool, then we want to hear from you!

Age and condition are no barrier – in fact, boasting about age and distance travelled is encouraged and applauded.

The vehicle must be registered, roadworthy and safe.

Join in the fun and put your ‘unbreakable’ Toyota in front of thousands of country music fans as part of the Toyota Country Music Cavalcade, on Saturday January 26 at 10.00am.