The boy from the bush is coming back to town

The boy from the bush is coming back to town!

That’s right, Lee Kernaghan, one of Australia’s most prominent contemporary country music artists is set to return to Tamworth in January with his ‘The Boy From the Bush’ 25th Anniversary Show and we here at Toyota Country Music Festival HQ could not be more excited.

Festival Manager, Barry Harley said: “Lee is one of the all-time greats of Australian country music and there’s no better place than the Toyota Country Music Festival for fans to join Lee at what will be a historic event.”

Proudly presented by Toyota, this special, once in a lifetime show will cover 25 years of smash hits and will feature surprise guest appearances by a ‘who’s who’ of Lee Kernaghan’s musical mates and legends.

Set to be held on Australia Day, Thursday, 26 January 2017 at the Tamworth Regional Entertainment Conference Centre, Lee’s concert marks the 25th Anniversary of the launch of his amazing career and the release of his first, of many, chart busting hits, Boys From the Bush. This song from the iconic album The Outback Club not only achieved double platinum certification it redefined contemporary Australian country music.

This will be Lee’s one and only concert performance at the 2017 Toyota Country Music Festival and tickets will be on sale this Thursday, 29 September 2016. Fans are encouraged to get in early to avoid disappointment.

Ticketing information can be found by visiting www.tcmf.com.au 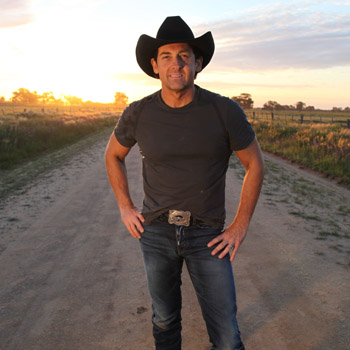