Nashville, Tennessee is the heart and soul of country music and on Monday, June 5, 2017 Rachael Fahim, winner of this year’s Star Maker competition performed at a special event hosted by Chris Watson Travel and Destination Tamworth at Jimmy Buffet’s Margaritaville

Rachael’s trip to Nashville forms a part of her prize as the Toyota Star Maker winner through the generous sponsorship by Chris Watson Travel Tamworth.

Rachael was gifted tickets to the huge CMA Fest concerts thanks to the Country Music Association (CMA) and she is spending time networking and co-writing while in Music City.

8 Toyota Hats Off To Country, The Longyard, Tamworth NSW *7pm-7:45pm 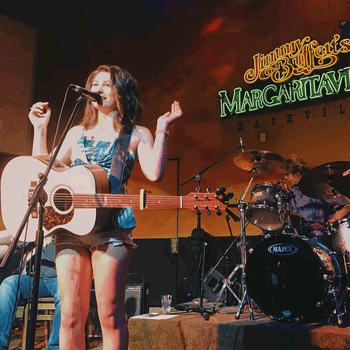