The Toyota Golden Guitar Awards is the pinnacle event of the Toyota Country Music Festival in Tamworth, and with a theme, in 2018, that celebrates the strong collaborative nature of country music, having one of the country’s most exciting musical exports as hosts sets the stage for an incredible night of Australian country music.

“Mark & I are both honoured & excited to be asked to host the awards!” says Jay.

“I have no idea who the winners are, but my early predictions are more frock changes, fake eye lashes and happy tears than ever before... and that’s just from Jay!” said Mark.

Based in Nashville for the last nine years, O’Shea has graced some of the world's most famed stages, from the Grand Ole Opry to the Sydney Opera House, since beginning their musical together journey together in 2007. The influences of their two homes are all over their latest record, appropriately titled 61-615 in homage to both Australia and Nashville.

With more than 11 songs reaching the top of the Aussie charts.  An ARIA nomination.  Seven Golden Guitar Awards already on the mantle and contending for another two in 2018 (Contemporary Country Album of the Year and Country Music Capital News Group or Duo of the Year) Mr. Peter Ross, Executive Director, Toyota Golden Guitar Awards says O’SHEA was the perfect choice to host the Awards.

“This year’s Golden Guitar Awards is shaping up to be a powerful night of entertainment featuring the best of Australian country music talent and the songs that have left their mark on fans over the past 12 months, and we are so pleased to have O’Shea coming back to Australia to host the Awards in 2018,” he said.

The 2018 Toyota Golden Guitar Awards nominees and winners are determined by professional members of the CMAA, which recognises and promotes excellence in Australian Country Music. Formed in 1992 Country Music Australia represents all aspects of the Australian country music industry.

The Toyota Country Music Festival will be held from Friday 19 to Sunday 28 January 2018 with the 46th Toyota Golden Guitar Awards on Saturday 27 January 2018 at the Tamworth Regional Entertainment and Conference Centre. Tickets are on sale now and available from www.tcmf.com.au. For the second year running fans can catch all the action LIVE via Facebook LIVE.

Stay tuned for updates on the announcers, musical performances, special guests and the latest Toyota Golden Guitar Awards news in the coming weeks. 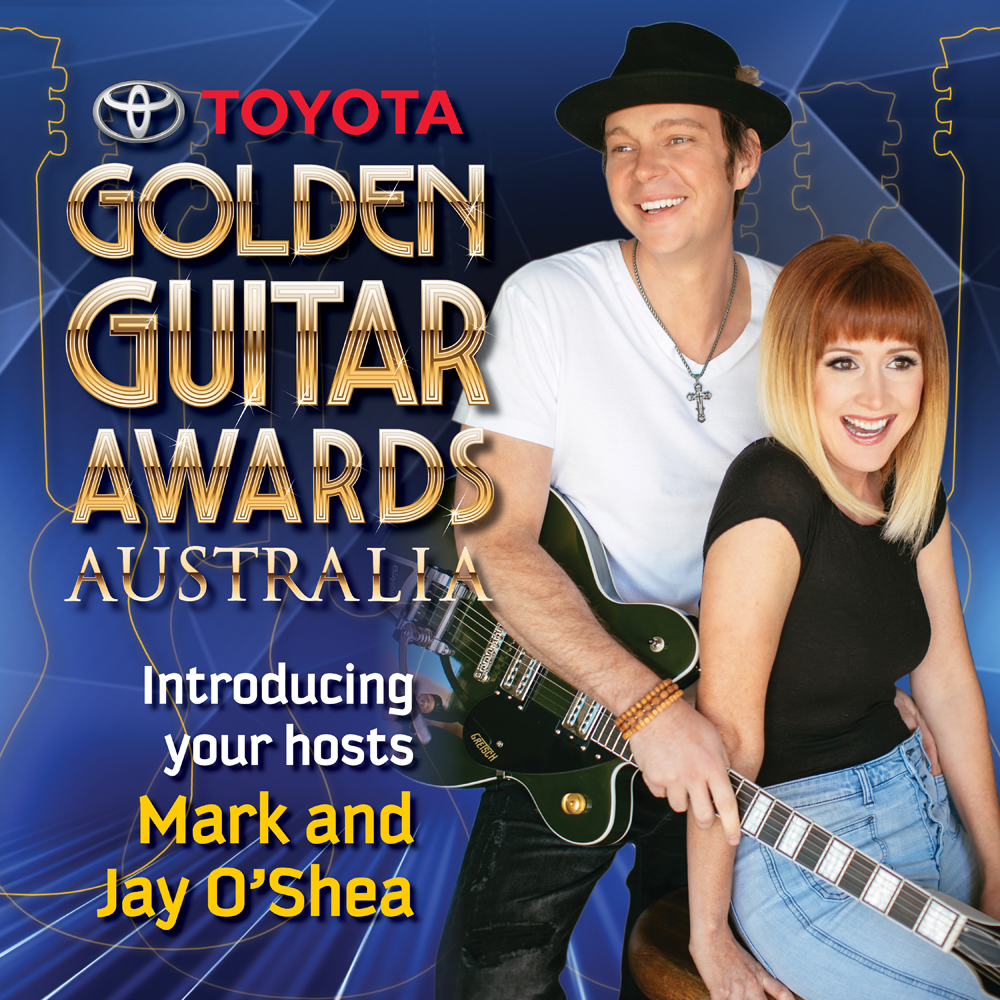