Kasey Chambers to be Inducted into Galaxy of Stars

KASEY CHAMBERS LATEST TO BE INDUCTED INTO GALAXY OF THE STARS

Country music queen Kasey Chambers has been named as the 2016 Galaxy of Stars inductee. Kasey will be presented with the accolade on the Fanzone Stage at 10.15 am on Wednesday 20 January 2016.

The award was first introduced to the Toyota Country Music Festival, Tamworth in 2000 to acknowledge the achievements of outstanding country music stars.

Kasey joins artists including Slim Dusty, John Williamson and the 2015 inductee Melinda Schneider, in having her face and signature set in a brass plaque to be displayed along the forecourt at Tamworth Regional Entertainment and Conference Centre (TRECC).

Kasey is the first Australian country music artist to have a single and album at number 1 simultaneously and this year is celebrating 15 years since the release of ‘Barricades & Brickwalls’, her seven time platinum album.

Festival Unit Manager Barry Harley thought Kasey was a fantastic candidate to be inducted to the Galaxy of Stars.

"Kasey has been a great supporter and advocate for the Australian Country Music industry" he said.

"Not only has she seen immense success in Australia, she also has a huge following in the U.S" added Barry.

Visitors to the Festival are encouraged to view previous recipients plaque’s by visiting the forecourt at TRECC. 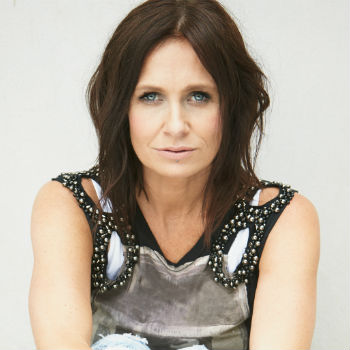