It doesn’t get better than Tamworth in 2017!

It doesn’t get better than Tamworth in January and the 45th Annual Toyota Country Music Festival is gearing up to be one of the best Festival’s yet.

In the earliest ever announcement from Tamworth Country Music Festival HQ, we are excited to announce a star-studded line up, beginning with country music super star and ambassador to Tamworth Troy Cassar-Daley returning in January, playing his ‘Celebrating Australia’s great Showmen and Women’ show with tickets on sale from today!

His Tamworth show is always the highlight to start his year and with a surprise guest list, 2017 will continue that spirit as friends join Troy on stage to celebrate our country’s trailblazers.

Troy is already on the countdown telling Festival organisers “if you love country music, you just can’t miss Tamworth in January. When I drive into Tamworth it always feels like I’m coming home, I can’t wait to get back for the Toyota Country Music Festival!”

For ten days in January, visitors’ Australia-wide flock to Tamworth to experience one of the world’s top ten Festivals. With a line-up of over 700 artists, 2,800 events and 80 venues, the Toyota Country Music Festival, Tamworth is the pinnacle event on the Australian country music calendar.

Member for Tamworth Kevin Anderson said, “This iconic Australian event delivers significant economic benefits for the region and has cemented Tamworth’s reputation as Australia’s country music capital. We look forward to seeing the entire community come together once again to produce one of the best music festivals in the world which truly is a remarkable experience.”

In exciting news straight from the Capitol Theatre Tamworth, for the first time the popular four piece bluegrass band ‘The Pigs’ will perform at the premier venue in 2017.

Also at the Capitol, Roo Arcus has joined forces with the Pure Country Spectacular team to bring you an event you won’t want to miss. Darren Coggan will also perform his new solo show ‘The Bidgee to the Big Smoke: A celebration of 20 years in the Australian music industry’ taking the audience on an entertaining journey along the road less travelled, showcasing songs from his award winning albums Hometown, Balancing Act and War Stories.

Tamworth Country Music Festival HQ can also confirm joining the 700 different acts will be Hillbilly Goats, Hurricane Fall, Bill Chambers and Whisky Business amongst many others.

Craig Power, Manager of The Pub Group which operates various entertainment venues said “we are excited to be able to host an eclectic range of performers over the Festival period. We really will have something for everyone.”

“Additional opportunities will be available for young entertainers. It’s important they are given a platform to showcase their skills. The go-to for most young entertainers during the Festival has been busking, but this year we are looking to celebrate young talent and provide a dedicated stage in Peel Street which will only add to the Festival atmosphere.”

Festival organisers are also excited to let fans know that early bird tickets to the 45th Annual Country Music Awards of Australia – the Golden Guitars are on sale from today.

As the nation’s longest running music awards concert and the most anticipated night on the Australian Country Music calendar the 2017 Golden Guitar Awards promises audiences a captivating display of the best in Australian country music talent.

Stay tuned for our second artists announcement, coming soon. In the meantime be sure to follow us on social media and keep an eye on tcmf.com.au to catch any further Festival updates. Ticketing information is available from www.tcmf.com.au 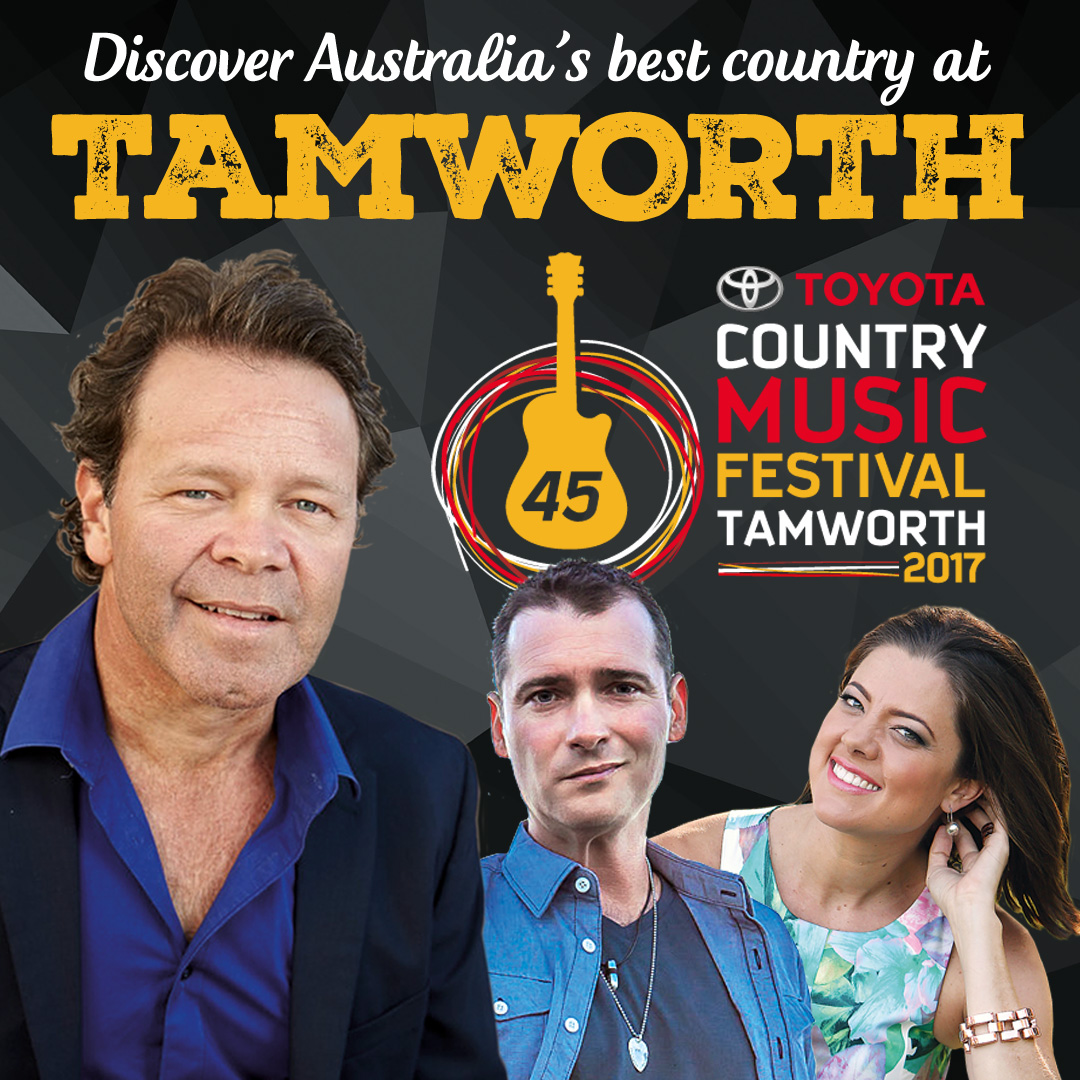