Festival kicks off with a bang!

Festival kicks off with a bang!

The 2016 Toyota Country Music Festival, Tamworth has kicked off with several thousand country music fans braving the inclement weather and being rewarded for their enthusiasm with outstanding performances by John Williamson, Felicity Urquhart, Roo Arcus, Kirsty Lee Akers and the CMAA Academy to name a few.

Headline act John Williamson was a crowd favourite who had everyone singing along to his hit 'True Blue' which was released 35 years ago.

Festival organisers were delighted with the attendance on the night, stating that despite the weather, the fans still came and enjoyed the show.

“This year we are celebrating the music and the milestones and to have John Williamson perform his unofficial anthems tonight was a truly special experience” explained Festival Unit Manager, Barry Harley.

The theme of the night was definitely 'family friendly', with attendees not only enjoying the music but also a fantastic fireworks display that rivalled previous years.

“Regional events are not only a proven way to deliver economic benefits to our towns and regions across the State, but they play an important role in telling the NSW story and showcasing our diversity. I wish everyone an enjoyable 10 days at this year's Festival which promises to be an unforgettable country music experience for everyone,” Mr Ayres said.

The Toyota Country Music Festival will be held from Friday 15 to Sunday 24 January 2016 with the Toyota Golden Guitar Awards on Saturday 23 January 2016 at the Tamworth Regional Entertainment and Conference Centre. 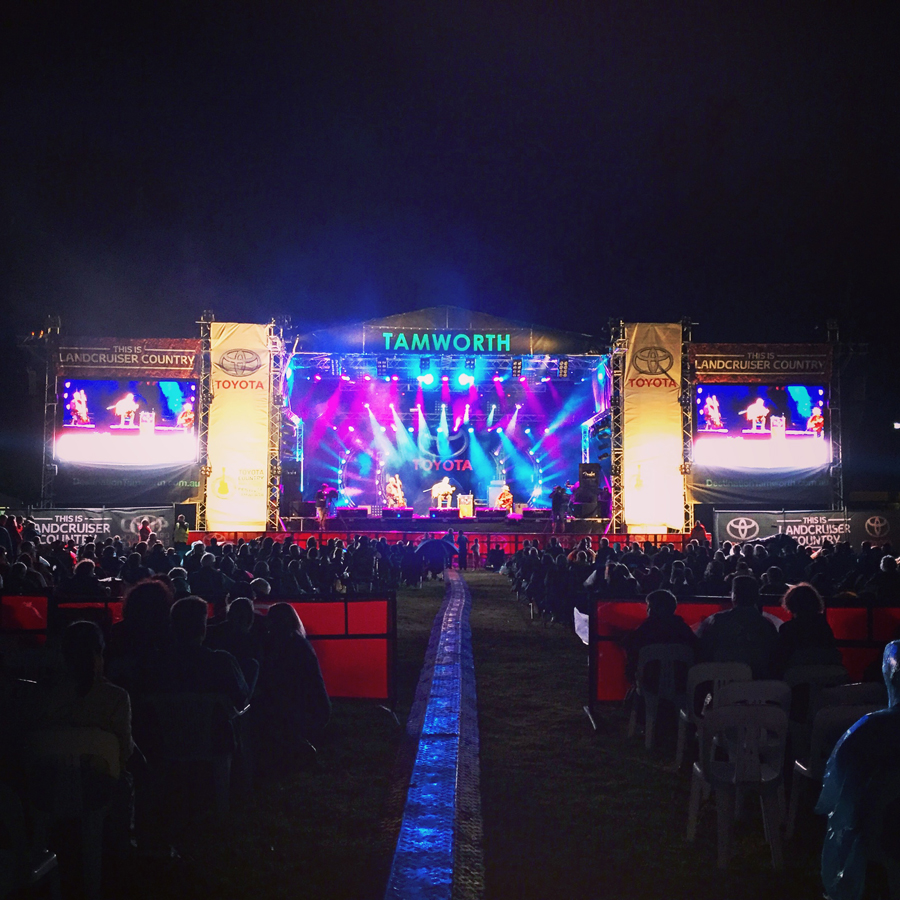