January 2016 will be a momentous month for the Capital Country Music Association (CCMA).

In it’s 51st year, the CCMA will be staging its 50th National Talent Quest & Jamboree, a significant achievement for any organisation (even America’s CMA Awards won’t stage their 50th event until the following year).

The CCMA name and structure was adopted in 1969 but the Association had run its first Talent Quest & Jamboree in June the previous year.

So January 2016 will be the 50th CCMA National Talent Quest & Jamboree, and to celebrate the occasion, a special commemorative Jamboree Concert is being planned for Saturday January 23 on the main weekend of the Tamworth Country Music Festival.

The National Talent Quest will run for two days as usual on Thursday and Friday January 21 and 22 with a winner’s concert to be staged on the Friday night.

On the Saturday afternoon, the special Jamboree will feature the male and female talent quest winners plus a multitude of previous winners who have come through the National Talent Quest over the previous 49 years.

The CCMA is joining with Tamworth Regional Council and Country Music Capital News to stage the special event in recognition of the significant role the CCMA has played in the development of the annual Tamworth Festival over the years.

In January 1973, the first Australasian Country Music Awards were staged which, together with the National Talent Quest & Jamboree, saw the official commencement of the Tamworth Country Music Festival as we know it today (a festival is defined as an activity featuring two or more events).

Invitations have gone out to previous winners of the Talent Quest and a strong roster of artists for the commemorative Jamboree Concert is coming together.

The CCMA is also seeking information from some of the years where details of winners may not be known. A number of records have been lost for some years, especially in the earlier days, and the organisation would like to be able to fill in the gaps. Not only for this coming January but for the sake of historical accuracy.

Anyone who knows, or knows of anyone who might have information about any of the CCMA National Talent Quest years, is asked to make contact via the email .

Entry in the Talent Quest is now open. Entry can be made on-line at the CCMA website www.ccma.net.au.

The Talent Quest and Winners Concert will be staged again at the Northwest Church Auditorium at the corner of Anne and Kathleen Streets, Tamworth.

The commemorative Jamboree event will be staged in the historic Tamworth Town Hall where it all began all those years ago.

Tickets can be purchased via 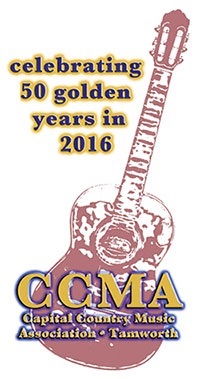