Tamworth, NSW – After an amazing set of performances, Rachael Fahim has been crowned the 2017 Toyota Star Maker winner. Fahim outshined a slew of talented artists in front of a roaring crowd to win the title.

Toyota Star Maker co-ordinator, Cheryl Byrnes praised all the entrants saying, “The Toyota Star Maker competition continues to unearth some of the most exciting new country music talent and tonight is no exception. Our expert judging panel found it extremely difficult to choose the one, but it’s a sign of just how healthy the industry is overall, and that excites us.”

The victory will see Fahim receive a prize pack including the recording of three singles and three videos clips, a brand new Toyota RAV4 with an unlimited fuel card for 12 months, and guaranteed performances at major festivals throughout Australia.

Fahim’s Toyota Star Maker win comes off the back of a thrilling performance of her upbeat song, ‘Confetti’, followed by a powerful rendition of the Dolly Parton classic, ‘Jolene’.

“We congratulate all the finalists and Rachael Fahim especially, for taking out the 2017 Toyota Star Maker crown. It’s a fantastic opportunity Rachael who has shown everyone what amazing talent and potential she has,” Gabriel said.

The event was also given extra star shine with performances and appearances from former Star Maker winners, Karin Page and compere Darrin Coggan and a special impromptu performance by Guy Sebastian. 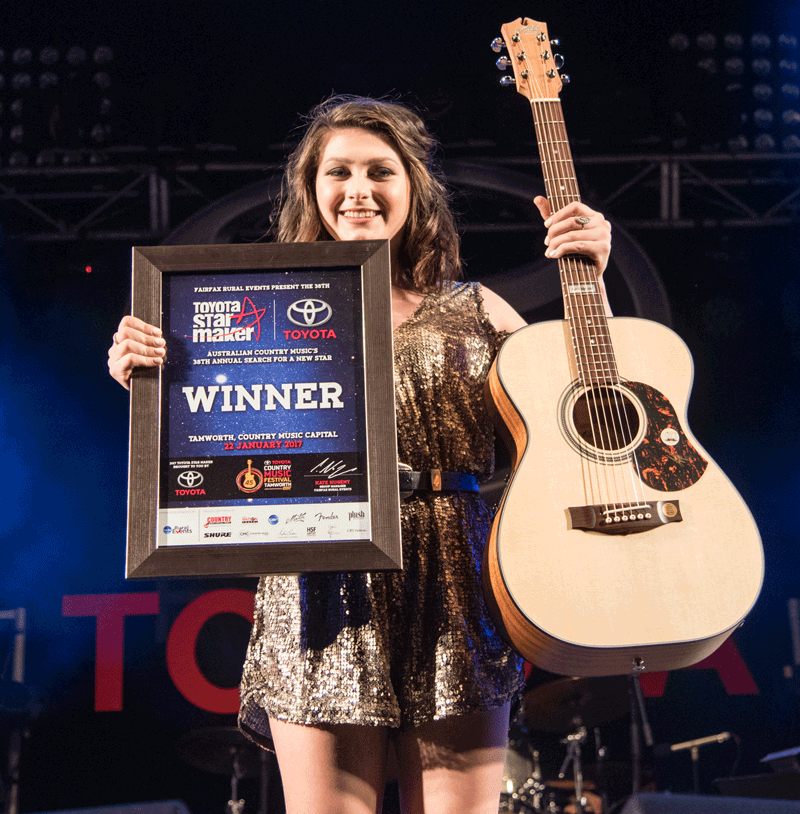